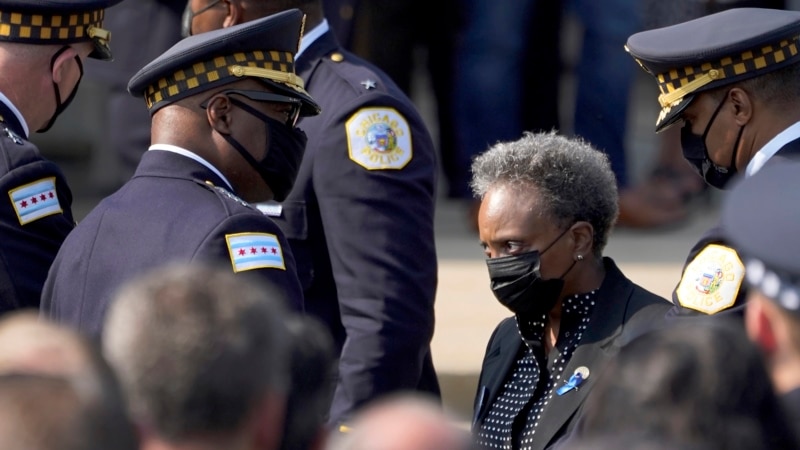 A judge in the midwestern U.S. city of Chicago, Illinois, on Monday blocked officials from enforcing a December 31 vaccination deadline for its police officers, ruling that the issue must be decided by an independent arbitrator first.

The Fraternal Order of Police, the union that represents Chicago’s rank-and-file police officers, had bitterly fought the mandate imposed by Mayor Lori Lightfoot for all city government employees to get vaccinated and report their vaccination status to the city. They are among dozens of police unions across the United States who have fought such requirements, including issuing threats of mass resignations.

A federal judge denied an emergency request by more than 100 Chicago firefighters and other city workers to stop the city from enforcing the vaccination mandate.

The Air Force and Space Force are the first of the U.S. military’s five branches to reach a self-imposed deadline for its active-duty members to either become fully vaccinated or be granted an exemption on medical or religious grounds. Those who are not granted an exemption and still refuse to take the vaccine will face some sort of discipline, including transfers, travel restrictions, limits on deployment, even possible dismissal or court-martial charges.

Meanwhile, in China, authorities with the Shanghai Disneyland Park say the facility will remain closed Tuesday as it cooperates with a pandemic investigation in another province.

The theme park suddenly shut down Sunday night with about 34,000 patrons still inside after reports that someone who visited the park the night before had tested positive for the coronavirus. The patrons were forced to remain inside the theme park for hours until they all tested negative for COVID-19.

Some information for this report came from the Associated Press and Reuters.