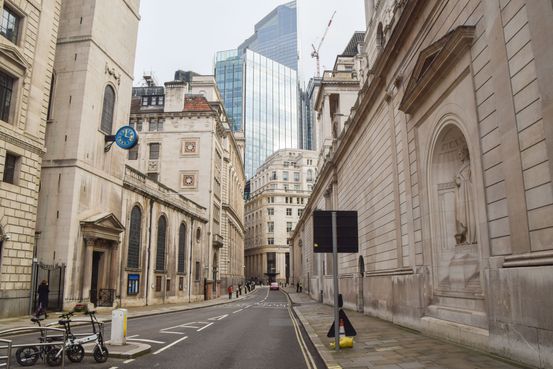 Rising Covid-19 infection rates, inflationary pressures and labor shortages slowed the economic recovery in the U.S. and Europe this month despite signs the supply problems that have hobbled factories over recent months were easing.

Surveys of purchasing managers released Thursday by data firm IHS Markit showed that in the early weeks of December, U.S. business activity continued to expand but at the slowest pace in three months despite strong demand from customers.

“Strong recoveries are being dampened by the latest wave of the virus,” said Bert Colijn, a senior economist at ING Bank.

The composite Purchasing Managers Index for the U.S.—a measure of activity in both the services and manufacturing sectors—fell to 56.9 in December from 57.2 in November, IHS Markit said. A reading above 50.0 indicates an increase in activity, while a measure below that threshold points to a decline.

How concerned are you about the economic impact of the Omicron variant? Join the conversation below.

“The survey data paint a picture of an economy showing encouraging resilience to rising virus infection rates and worries over the Omicron variant,” said Chris Williamson, chief business economist at IHS Markit, referring to the U.S. data. “Manufacturing output growth even picked up slightly amid a marked easing in the number of supply chain delays, which also helped to take pressure off raw material prices.”

Separately, the Federal Reserve reported Thursday that November industrial production rose to its highest level since September 2019. Output in the U.S. manufacturing, mining and utility sectors rose a seasonally adjusted 0.5% in November from the previous month. That was slower than October’s 1.7% increase, which followed disruptions in September caused by Hurricane Ida.

In the eurozone, the composite PMI fell to 53.4 from 55.4, its lowest level since March, IHS Markit said. Activity in Germany’s service sector declined for the first time in eight months, while activity in the economy as a whole stalled.

Even before the existence of the Omicron variant was confirmed in late November, Covid-19 infection rates in Germany and other parts of Europe were on the rise, prompting a fresh wave of government restrictions and consumer hesitancy. In the U.S., infections started ticking up late last month. Signs that Omicron can spread faster than the currently dominant Delta virus have only added to those headwinds.

There were signs of optimism in the manufacturing sector on both sides of the Atlantic, however, as supply problems showed early signs of improvement. Material shortages eased to their lowest level since May in the U.S. Price increases for inputs rose at the slowest pace in the last seven months. But companies still struggled to hire new workers even as order backlogs rose.

The IHS Markit surveys also found that eurozone factories reported slightly slower increases in the prices they paid for raw materials and other inputs, as well as the prices they charge their customers. The currency area’s manufacturing sector saw output increase at a faster pace as a result.

While the Delta variant continued to dominate eurozone infections during the survey period, the U.K. has seen a surge in infections by the Omicron variant, which is expected to become the dominant form of the virus in the country within days.

How Britain fares against Omicron could offer clues to the U.S. and the rest of the industrialized world about how the variant behaves in a highly vaccinated population, how sick those who are infected get and if its dozens of mutations have given Omicron enough of an advantage on the evolutionary ladder to starve Delta of the hosts it needs to stay on top.

The government has responded by reimposing some public-health restrictions, while mobility data indicates that Britons have become more cautious about activities that involve physical proximity with other people.

Get a coronavirus briefing six days a week, and a weekly Health newsletter once the crisis abates: Sign up here.

According to the survey of purchasing managers, that led to a sharp slowdown in services activity during the first weeks of December, although unlike its German counterpart, it continued to grow.

“The positive gains over the last 10 months were wiped out by yet another round of restrictions and curbs on consumers and businesses,” said Duncan Brock of the Chartered Institute of Procurement Supply, which helps conduct the survey.

There were also signs of slowing growth in Japan and Australia, although the new variant doesn’t appear to have been a big factor, with businesses instead pointing to supply problems as a significant challenge.