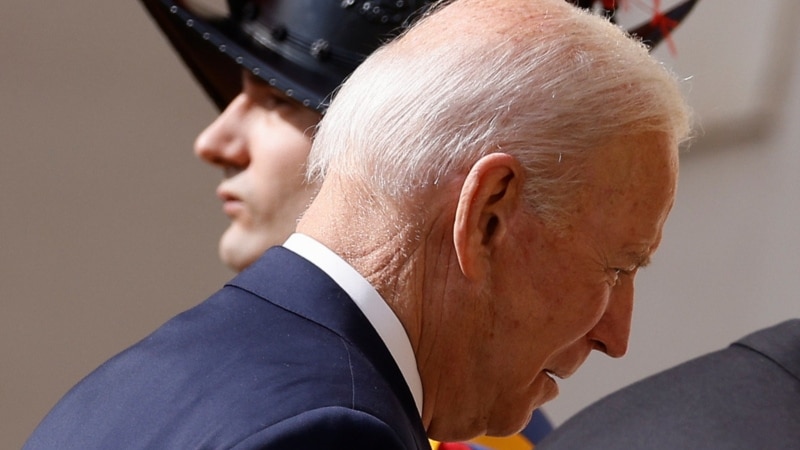 U.S. President Joe Biden meets with Pope Francis in the Vatican on Friday, in what is branded as a personal and political audience, ahead of the G-20 leaders’ summit in Rome about the global economy, followed by a summit on climate change in Glasgow, Scotland.

The president and first lady Jill Biden were welcomed by the head of Papal Household, Monsignor Leonardo Sapienza. Around noon the first couple had a private audience with the pope before participating in a broader delegate meeting, which on the U.S. side included Secretary of State Antony Blinken, National Security Adviser Jake Sullivan and White House Deputy Chief of Staff Jen O‘Malley Dillon.

The White House declined to say whether Biden will take Holy Communion from Pope Francis – a sensitive issue amid demands from some that a Catholic president who supports abortion should be barred from it.

Biden will likely face the issues of gender, sexuality and reproduction, as he has tried over the years to reconcile his strong Roman Catholic faith with his duty to lead an explicitly secular government.

Francis once guided the Biden family through personal grief and perches permanently behind the president’s shoulder in a framed photo that overlooks the Oval Office.

The two have met three times and exchanged letters, administration officials said, and Biden met with both of Francis’ predecessors. During a visit to the United States in 2015, Biden has said, the pope took time to talk with the future president and his family not long after the death of Biden’s son, Beau.

This papal audience will not be filmed live. On Thursday, the Vatican canceled a planned live broadcast of the meeting.

This is more than just a visit between two powerful men with millions of fans and at least as many critics. National Security Adviser Jake Sullivan said on Thursday the meeting, while primarily personal, would also cover important policy issues. The White House said the two, accompanied by first lady Jill Biden, would “discuss working together on efforts grounded in respect for fundamental human dignity, including ending the COVID-19 pandemic, tackling the climate crisis and caring for the poor.”

“First, there’ll be the obvious personal dimension,” Sullivan said. “… And they will have a chance just to reflect, each of them, on their view of what’s happening in the world. On policy issues, of course, in the international realm, they’ll be talking about climate and migration and income inequality and other issues that are very top of mind for both of them.”

Sullivan did not say whether the two men would discuss abortion, but on this issue, they are clearly divided. The Catholic Church unambiguously opposes abortion. Biden, who says he doesn’t personally agree with the procedure, has as president resisted efforts by states and courts to limit access to abortion.

White House press secretary Jen Psaki said the two were likely to have “a warm and constructive dialogue” that will focus instead on their points of agreement.

On abortion, she said, Biden’s views are clear.

“You are familiar with where the president stands,” she said. “He’s somebody who stands up for and believes that a woman’s right to choose is important.”

This issue is a wedge between Biden and the U.S. Conference of Catholic Bishops, which plans to meet in coming weeks to debate whether politicians who support abortion should be barred from taking Holy Communion.

Massimo Faggioli, a Villanova University theology professor and author of Joe Biden and Catholicism in the United States, said the meeting could also affect the conflict between Biden and those conservative American clerics. Biden is only the second Catholic president, Faggioli noted, but circumstances are different now.

“John Kennedy was not an embattled Catholic at war with his bishops, as is the case for Joe Biden,” he told VOA. “And there are high stakes in this meeting and in the (climate) summit in Glasgow a few days later, because both the pope and Joe Biden have very high, on their list of priorities, climate change.”

And, Faggioli said, it’s not just the president who wants to draw a line between the Church and politics.

“It will be the elephant in the room, probably,” he said. “But they agree on this idea that Catholicism is a big tent that should not be defined by political affiliations, and even less, partisan loyalties.”

The White House stresses that this meeting is primarily personal.

“I think the president’s faith is, as you all know, is quite personal to him,” Psaki said. “His faith has been a source of strength through various tragedies that he has lived through in his life. Many of you who have served on pool duty know that he attends church every weekend, and certainly I expect he will continue to do that. So, the fact that this is his — will be his fourth meeting — he has a very personal relationship with Pope Francis.”

And, as the White House has also stressed, the president is willing to meet with other spiritual titans. Earlier this week, Biden hosted Ecumenical Patriarch Bartholomew, the spiritual leader of 200 million Eastern Orthodox Christians.

“Our president here is a man of faith and man of vision, and we know that he will offer to this wonderful country and to the world the best leadership and direction within his considerable power,” Bartholomew said, after a 45-minute meeting with Biden in the Oval Office.

More importantly, the patriarch noted, the two men used their massive platforms to push for something that other major faith leaders are also embracing: widespread vaccination.

Some information for this report came from The Associated Press.