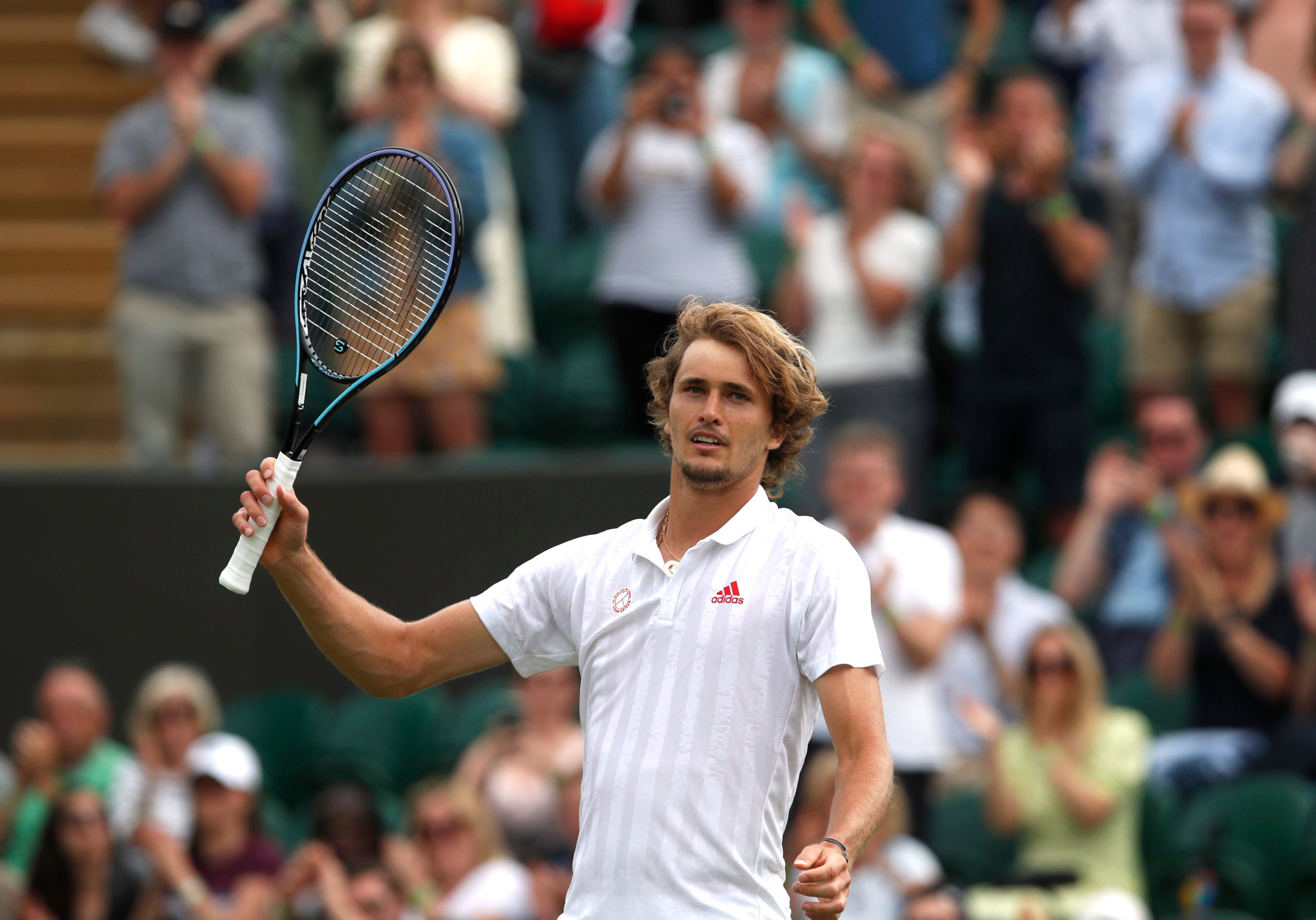 LONDON – Alexander Zverev feels the experience gained from deep runs at majors will prove crucial in his bid to become a Grand Slam champion one day after the German fourth seed reached the round of 16 at Wimbledon with a fighting win over Taylor Fritz.

The German, who also reached the fourth round at the All England Club in 2017, narrowly lost to Dominic Thiem in the US Open final in 2020. He also reached the Australian Open semi-finals last year and the same stage at this year’s French Open.

“It was something that I needed to learn in the beginning of my career. I remember when a lot of people were criticizing me for this guy that was playing extremely well at big tournaments, but never at slams.

“I hope I kind of changed my position on that a little bit. But of course, the main goal is still to win them.”

Zverev took a step closer to that on Saturday when he kept his unforced error count low and repeatedly tested the serve of the 31st-seeded American, who underwent surgery less than a month ago after suffering a knee injury at Roland Garros.

After the first set went without a break of serve, the 23-year-old Fritz raised his game in the tiebreak to take the lead against Zverev who had failed to convert two break points.

The players traded service breaks in the second set but Zverev converted a second opportunity to level the match and then took the lead with a single break of serve in the third.

It was Zverev’s turn to play solidly in the fourth set tie-breaker and, despite committing his ninth double-fault, he was able to close out the contest when Fritz sent a forehand long.

“Today was probably not the best match I played so far this tournament just feeling-wise, how comfortable I was, but I found a way to win. That’s the most important,” said Zverev, who hit 45 winners, 19 of them aces, and kept his unforced errors to 25.

The German said he hoped the Tokyo Olympics would be a “very special moment” for him as he had to skip the last Games in Rio de Janeiro in 2016 due to illness.

“It’s my first Olympics. I hope I’ll have many more to come. I’m very excited,” he said. “It’s my first time in Japan, as well. It’s one of the places that I’ve never been to, so that is going to be exciting for me as well.

“Of course, with the COVID-19 virus, it is very different. I think the rules will be very different to normal Olympic Games. But I’m excited for it. I’m excited to represent my country there. I’m going to do everything I can to win medals there.”

Next up for the German at Wimbledon will be Canadian 16th seed Felix Auger-Aliassime, who advanced to the last 16 when Australian Nick Kyrgios retired with an injury.